Can I Borrow After a Debt Agreement?

You may have a Debt Agreement in place, or might be considering entering into one. If so, it’s important to understand how it affects you now and after your Agreement has finished.

Here, we are looking closely at how a Debt Agreement will affect your ability to borrow, both during and after it is complete.

What is a Debt Agreement?

A Part 9 Debt Agreement is an alternative to full bankruptcy, and is formed between you and your creditors (via an administrator) when you cannot afford to repay your debts. Your creditors agree to receive an amount of money that you can afford to pay back, down to 60% of the original amount owing.

A Part 10 Debt Agreement is also known as a Personal Insolvency Agreement (PIA). Like its Part 9 counterpart, it is a repayment schedule negotiated with your creditors, however it is usually undertaken by individuals in a more complicated debt situation.

As there is no eligibility criteria for a Part 10 Debt Agreement, it is more suitable for people with high debt accounts and higher income earners.

Can I borrow during my Debt Agreement?

There’s nothing stopping you from applying for a loan or credit card while you have a Debt Agreement in place, but you just may not have the success you hope for.

And it’s always in your best interests to ensure any applications for credit are going to be affordable.

With a Debt Agreement on your credit file, lenders will be wary of putting you further in debt, which is actually not a bad thing.

Can I borrow after my Debt Agreement is finished?

You will have a default placed against your name for seven years from the lime you lodge your Debt Agreement. The Debt Agreement will last between three and five years, which means that when you finish paying it, you will likely have a further two to four years where you still have the default on your credit file.

Many of the major banks won’t lend while the default remains on your credit file, so you may need to apply with an alternative lender for a bad credit loan. This would be for a secured loan to purchase a car, for example.

If you were wanting to apply for a home loan after finishing your Debt Agreement, you would need to initially apply for a loan with a sub-prime lender on a higher interest rate. The long term goal would be to refinance with a mainstream lender at a better rate once your bad credit rating has been cleansed.

For the best chance of success in applying for a new credit card or loan, it’s recommended that you wait about six to twelve months after your Debt Agreement has finished.

Use this time to save the money that you would have been paying into the Debt Agreement, so that when you do apply, you have a history of saving, and a good amount of savings that you can list as an asset.

How to Save Money – 17 Easy Money Saving Tips

15 Easy Ways to Reduce Your Taxable Income in Australia 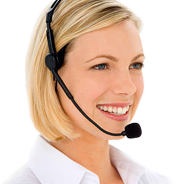